Throughout October the Bloodhound had been making its first ever public runs in Cornwall at the Airport Newquay.

The Bloodhound managed to hit 200mph+ on each test, the first run was streamed live online to a worldwide audience.

With all new partnership with Belstaff and endorsement from the Prime Minister Theresa May herself, the Bloodhound wowed the public with its test runs throughout the month. 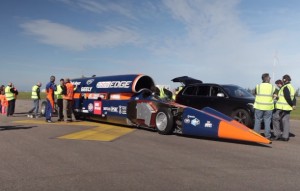 “Spectacular scenes from Newquay: @Bloodhound_SSC wowed the crowds as it successfully completed its 1st run to 200mph pic.twitter.com/FaGwfJpK1I“

Tests were carried out for the engineering team to investigate data and adjust for priority on speed performance. The Bloodhound SSC is engineered from 3,500 individual components, which required both static and dynamic testing.

The car has been gradually increasing speeds, with on-going testing and adjustments in order to produce the World’s Fastest Car (aiming for 1,000mph speed records.)

Watch The Bloodhound Built And Driven In 360 Video

For all the latest news visit the official website at http://www.bloodhoundssc.com/bloodhound-news

The Bloodhound project is heavily revolved around inspiring young engineers and holding exciting side projects in order to inspire children throughout the UK. Engaging young minds to awe, inspire and motivate within the science and engineering sectors, which of course spans our UK industry for everything from automotive manufacturing to pharmaceutical processing. 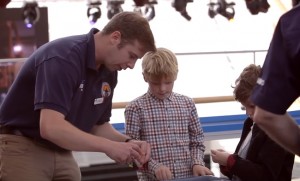 The BLOODHOUND@University programme is currently partnered with the below universities and offers a fantastic live STEM project.

Alongside projects for universities, the Bloodhound group travels around the UK with its fingers in many pies, such as its official ambassador programme, schools, families and groups, engagement exhibitions and more.

Waverley Brownall is a registered company in England.

We use cookies to ensure that we give you the best experience on our website. If you continue to use this site we will assume that you are happy with it.OkRead more